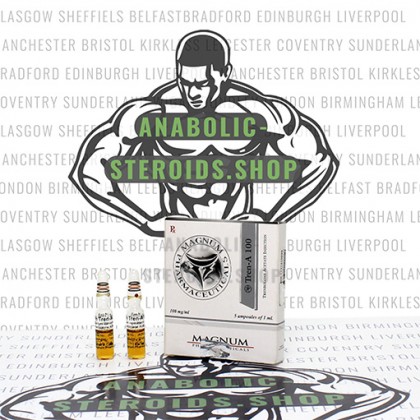 Sometimes, to give your body a powerful impulse, training alone is simply not enough. This is where special pharmacological means come to the rescue. One of them is Tren-A 100, which allows the user to significantly improve physical indicators and give the body a special aesthetic appeal and power. But only with the right approach to use.

The basis for the creation of Tren-A 100 was the use of the well-known active substance Trenbolone in the form of Acetate. For its powerful effect and the ability to actively influence the increase in muscle mass, it is especially appreciated among professional athletes.

But before you buy Trenbolone Acetate here on our website, you should carefully read the list of the main effects of the drug:

Another positive quality of Trenbolone Acetate that can be considered is the ability to quickly clear it from the body. A couple of days after taking it, it is almost impossible to detect it in the blood, so the risk of using it before competitions is almost minimal.

It is also necessary to indicate the ability of the drug to " dry " ligaments and muscles, as a result of which they become non-elastic. This increases the likelihood of injury, so the load should be increased gradually, after warming up and developing the joints.

For several years of various studies and thanks to a large number of various reviews, the basic rules for taking Trenbolone Acetate were developed. They allow the user to increase its effectiveness and lead them to gain the maximum result.

Another important point is the use of PCT after using the drug and its complete removal from the body.

Trenbolone Acetate is a powerful substance and an improper cycle with this steroid may cause side effects to occur. The side effects may include baldness, greasiness of the skin, pimples and acne, decrease in sexual desire and aggressiveness.