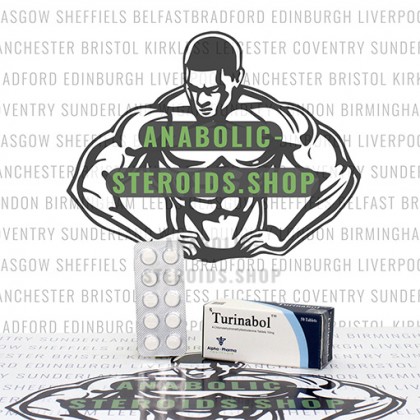 The properties of the oral steroid Turinabol, produced by the Indian company Alpha Pharma, are somewhat reminiscent of Dianabol. Indeed, these drugs differ in absolute similarity in structure, the only difference between them is the presence of an additional chlorine atom in the composition of Turinabol. The active components of this steroid are excellent at increasing not only strength, but are also effective in accelerating muscle growth.

With the help of a course of Turinabol an athlete can slowly but surely improve the definition of the muscles, as well as increase endurance and physical fitness. At the same time, the athlete does not have to be afraid of the rollback phenomenon, since at the end of the course it is minimal. Also, comparing the effect obtained from Dianabol and Turinabol, we can conclude that the latter allows you to gain pure muscle mass without the retention of fluid.

The effect of taking this drug is especially important for athletes, for whom great attention should be paid to the definition and not to weight gain. The active components of the drug, taken in a minimum dosage, can increase the indicators of endurance and activity, while maintaining the athlete’s weight at the same level.

How to take Turinabol

Experienced athletes note that it is best to take it after a meal. Although many experts claim that the maximum effect of this drug can be obtained by taking it between meals. Do not forget that Turinabol is one of the short acting steroids. In this regard, it is worth taking this drug approximately 3-4 times a day, with an interval between doses of 6-8 hours.

Combinations with other drugs

Thanks to its universal composition, Turinabol can be perfectly combined with other drugs in sports pharmacology. However, in this case, the specialist must take into account the individual characteristics of the athlete’s body and his goals.

In courses designed for drying, it is best to use Turinabol in combination with Stanozolol, mainly in order to increase the definition and quality of the muscles. In solo courses, Turinabol allows an athlete to gain about 5kg of muscle mass.

If the recommendations of a specialist regarding dosage and cycle length are followed, then possible side effects will be minimal. Turinabol only moderately suppresses the body’s natural production of testosterone, and the toxic effect of the tablets on the liver is low, if they are not overused.

Due to the fact that this steroid is quite effective and has practically no side effects, it can be found in the arsenal of not only an experienced, but also a novice bodybuilder. The only drawback of this drug is its rather high cost, which can only be justified by its high efficiency and insignificant suppression of the natural synthesis of testosterone in comparison with other steroids of similar action.