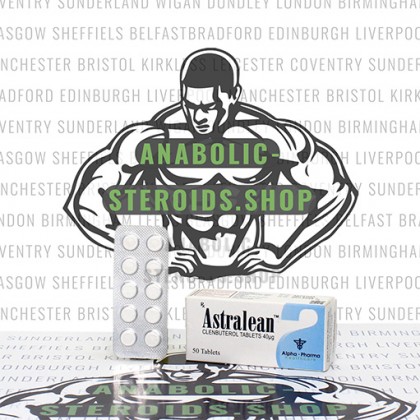 Clenbuterol tablets by Alpha Pharma are a popular drug for use in any form of fitness. The active ingredient, Clenbuterol Hydrochloride, is used regularly in medicine to treat people who suffer from breathing disorders such as asthma. This is because rather than a steroid, it is a sympathomimetic amine that acts as bronchodilator (it dilates the lungs and airways to ease the action of breathing). However, Clenbuterol has found its popularity in fitness for a slightly different reason.

Other than its ability to help the respiratory system to function better, Clenbuterol has another effect on the human body that is appreciated by those who are into their fitness. Clenbuterol tablets are also able to increase the user’s metabolism which, in turn, effectively burns fat in the body. It also has been said to slightly increase muscle mass.

Bodybuilders use Clenbuterol before competitions to remove the excess fat on their body in order to make their muscles look tighter and more pronounced. The weight loss drug is also used by regular fitness enthusiasts, including women, along with a diet in order to lower their body fat for a more athletic physique.

Clenbuterol should be used according to the recommendations of use in order to gain the maximum effectiveness of the drug and avoid negative effects. The scheme of intake that is commonly used ensures that Clenbuterol does not start to become ineffective due to the body getting used to the drug. The duration of use is no longer than 2 weeks for this reason.

The most common side effects from the use of Clenbuterol are an increase in pulse rate and tremors of certain parts of the body. However, a combination course with Ketotifen can help to reduce the appearance of these effects.